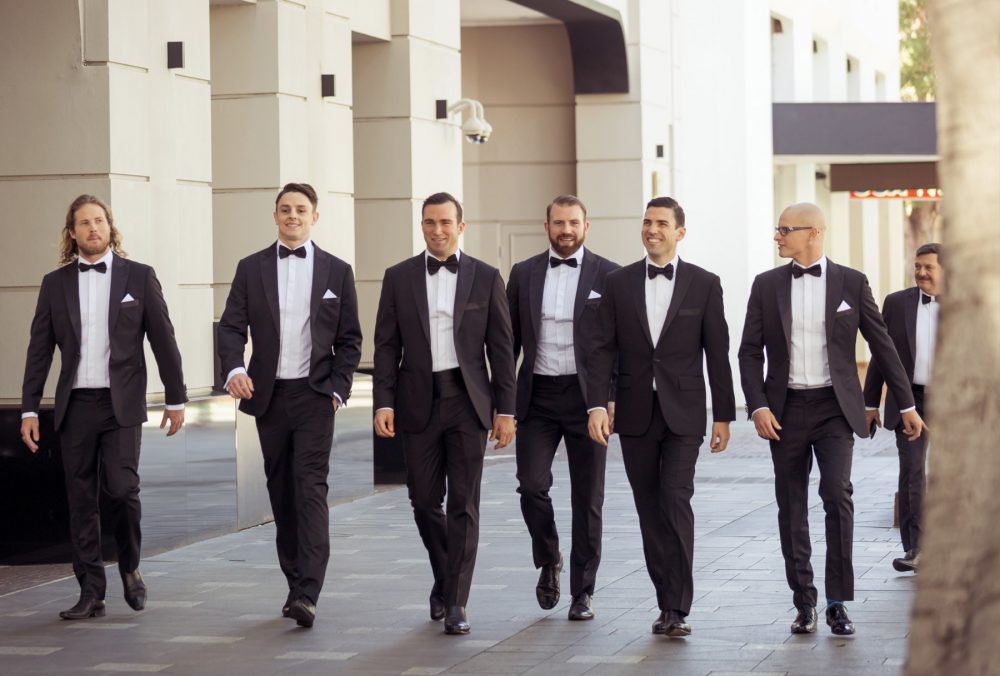 Staying at the wrong hotel

The hotel is more important than you think. The location, types, and cost can impact the outcome of your trip. Also, some hotels in Amsterdam have a strict u201cNo Partyu201d policy. Check out our how to book the perfect party hotel.

This is the biggest of the Amsterdam bachelor party mistakes! You and your buddies are all set and pumped for your trip, you get to the border and someone forgot their passport, or worse, the bachelor does not even have one. Now youu2019re faced with a difficult choice, do you leave them at the border or head back? This may not seem plausible, but it is. We have seen a number of people get stranded at the border, including bachelors. SO, GET YOUR PASSPORT!u00a0

You want to be a nice guy and invite everyone. Donu2019t. This is a bachelor party not a wine and cheese. No matter how cool you think the brother or father of the bride is, they are not. It will change the mood of the bachelor party and make the groom and others uncomfortable. If the groom brings it up, tell him that others will not enjoy it. If you are forced into the situation, give us a call we can fix the problem or devise some A-Team-like plans.

Getting too drunk too early

For most of us, this isnu2019t our first rodeo, but the excitement of a bachelor party will lead to all day drink-a-thons. Nobody likes a sloppy drunk, especially if itu2019s 7PM on a Saturday night. We recommend you get bombed, no question, but donu2019t be the guy that your friends have to throw in a cab at the beginning of the night. Also donu2019t be that guy who thinks heu2019s still in a frat and orders 20 shots or challenges people to a drinking contest at 11am. The festivities last all night and so should you. Tip: give everyone a business card from the hotel (ask the front desk), so no matter how drunk they get they can always hand over the card to a cab driver.

Ordering the wrong type of alcohol

When drinking in a group environment and getting bottle service, it is important to select the right type of alcohol. 99% of the time, order at least one bottle of VODKA. Vodka goes with everything and appeases the masses, and, most importantly, girls drink vodka. No girl is going to want to come over for a glass of scotch unless she looks like Susan Boyle. One time I had a group organizer who ordered a bottle of Goldschlager,u2013 yes, a sole bottle of Goldschlager and nothing else. Needless to say, he was stuck with an empty table and a nearly full bottle.

Planning too many activities

This one is simple and often overlooked. This is a case of good intentions and bad execution. We understand that you may have as little as one night in Amsterdam and want to get the most out of your experience. However, less is often more. Always leave in some downtime for people to shower, nap, or do whatever they want to do. Try not to plan too many events during the day, especially after a night of drinking. Not everyone in your group can still party like itu2019s 1999. Try to plan a maximum of one daytime event such as go-karting or paintballing. No events must be earlier than 2pm as you are on vacation and most people will want to sleep in or nurse their hangover.

Going to multiple nightclubs in an evening

The grass isnu2019t always greener on the other side. Club-hopping is for the delusional. Getting a group of guys into one club is hard enough. If you are posted up at a great table and the club is full of people, donu2019t expect the same atmosphere anywhere else. Also, donu2019t forget that as the night progresses so does the intoxication level. Getting a group of sober people to one venue can be challenging enough: now just imagine them all drunk.

Not getting bottle service at the clubs

If you are not getting bottle service you might as well not go clubbing. This could be one of the biggest Amsterdam bachelor party mistakes. Bottle service is a recent trend that has now become the standard at all nightclubs. Simply put, bottle service is when you purchase a bottle of alcohol with mixers which allows you or your waitress to pour your own drinks throughout the night. Bottle service is highly recommended. Compared to other cities, bottle service in Amsterdam is more cost effective. The benefits of getting a bottle always outweigh those of not getting one: u2022 Cheaper u2013 It will come out cheaper in the long run as drinks in Amsterdam are electronically measured (1 oz) u2022 Convenience u2013 No fighting through crowds, get a drink when you want. u2022 Comfort u2013 Bottle(s) come with your own seating area. u2022 Status u2013 Girls know that bottles arenu2019t cheap, and some clubu2019s only seating is reserved for bottle service. What better way for her to rest her feet than by joining you guys for a drink at your table? Having to fight through a crowd of people at a busy bar is not fun, especially when youu2019re sober. Have everyone chip in and get bottle service. Having a table is vital, especially when youu2019re a large group. You can be low-key or act like a player. At least you have a table. At the end of the night. itu2019ll probably cost you the same as drinking at the bar.

Not planning things in advance

Unless you are rolling with a pack of models, no bouncer is going to let in a group of dudes. Most clubs rather would rather host an AA event than a bachelor party. The venues will take advantage of your desperation, especially if you are not a local. Be prepared to buy more bottles than you had planned. Good luck collecting from your friends when they throw the grotesque charge on your card at the end of the night. Lesson learned: buy things in advance.

For some reason once you get into a cab the testosterone starts to fly. I donu2019t know why but people throw their inhibitions out the window once they get in the backseat of a cab. This usually starts by the cab driver pointing out the whatever semi-attractive woman is in plain view. If you get a really classy driver heu2019ll honk or better yet point out their obvious attractive features.

Thus begins the strip club conversation. You figure this guy seems alright and has experience taking tourists around therefore he must know all the best strip clubs in town. You could not be further from the truth for a number of reasons. The first being that the biggest name strip clubs u2013 i.e. the ones he takes the most people to u2013 are often lame tourist traps.

The second reason you shouldnu2019t trust a cab driveru2019s advice is that none of them actually go to strip clubs, if they did I can assure you that their taste in women probably mimics the smell of their cab. Simply put, asking a cab driver for strip club advice is like asking a bank teller for a hot stock tip.

A bachelor party is by no means a formal event, but just because youu2019ll be hanging out with a group of guys doesnu2019t give you the right to dress like a bum. Amsterdam clubs have a loose dress code. You wonu2019t be allowed in if you are wearing sandals or shorts, but at the same time you donu2019t necessarily want to throw on a full suit. As the night progresses youu2019ll be sweaty and uncomfortable.

Tip: Unless you are in Marthau2019s Vineyard leave the khakis at home.

Dressing the bachelor in outrageous costumes

This is more of a Dutch phenomenon, however there are always some groups who think this is a good idea. We understand that to some degree part of a bachelor party is to embarrass or humiliate the bachelor. Sure, dressing him like a transvestite or sports team mascot can seem like a good idea, but it often becomes a bad one. The bachelor will have many years of embarrassment and suffering ahead of him, no need to ruin his trip. No matter how good of a sport they are none of them actually like wearing a costume. While you are on a bachelor party this does not mean that the entire city needs to know. A lot of the trendier venues will not allow you to enter if everyone is not properly dressed. If you really insist on dressing the bachelor do it for a short period of time and only during the day.

Not lying to strippers

Being at a strip club is like being at a theme park. There are attractions and people in costume all for your amusement. The strippers are working hard to put on a fantasy in order to earn your cash. It is safe to assume that the majority of personal information they give you is a lie. Unless you think her parents really named her Maybach.

There is nothing wrong with this, in fact you should accept and appreciate this. In the end you will have more fun at the strip club. Be sure to lie about who you are and what you do. I personally like to pretend that Iu2019m a plastic surgeon or a talent scout.

Also you want to lie to protect your wallet. If she asks where you guys went to eat say Mcdonalds even if you guys went to the most exclusive and expensive restaurant in town. No need to impress them as you will often do yourself more harm than good.

People donu2019t dance till 10am here only on Red Bullu2019s and wateru2026. Unless you really want to talk all night or get massaged by Bruno, donu2019t go sober. After-hours is a rave scene.

Sure Amsterdam has a great public transportation system, this does not mean you need to take it to the clubs. What better way to celebrate a special occasion than having all your buddies walk unnecessary amounts and cram into trains with strangers. If you are considering this then congratulate yourself as you are one cheap bastard. You are better off walking. This is self explanatory yet believe it or not we have had clients who did take the metro.

Driving from venue to venue

This can only lead to disaster. Having a car while in town is a nice perk. It will also be quite convenient if you have a daytime activity planned or want to hit the casino. That is where your driving should end. Park the car in the hotel garage and take cabs from venue to venue. Amsterdam isnu2019t a big town so your cabs will end up being cheaper than parking the car anyway.

We know some of the places your friend went to are still around but he probably just turned 18 and was impressed by everything. The only thing of value that is 12 years old is a bottle of scotch. 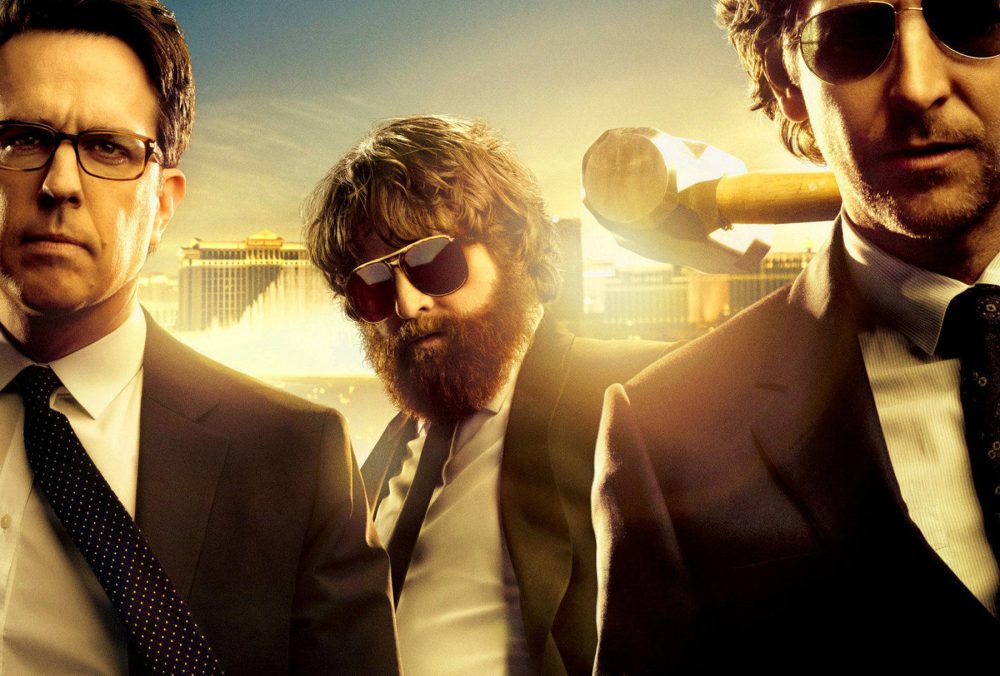 Who is the founder of The Hangover? One of Amsterdam Nightlife’s most recognized faces, Erwin Janson … 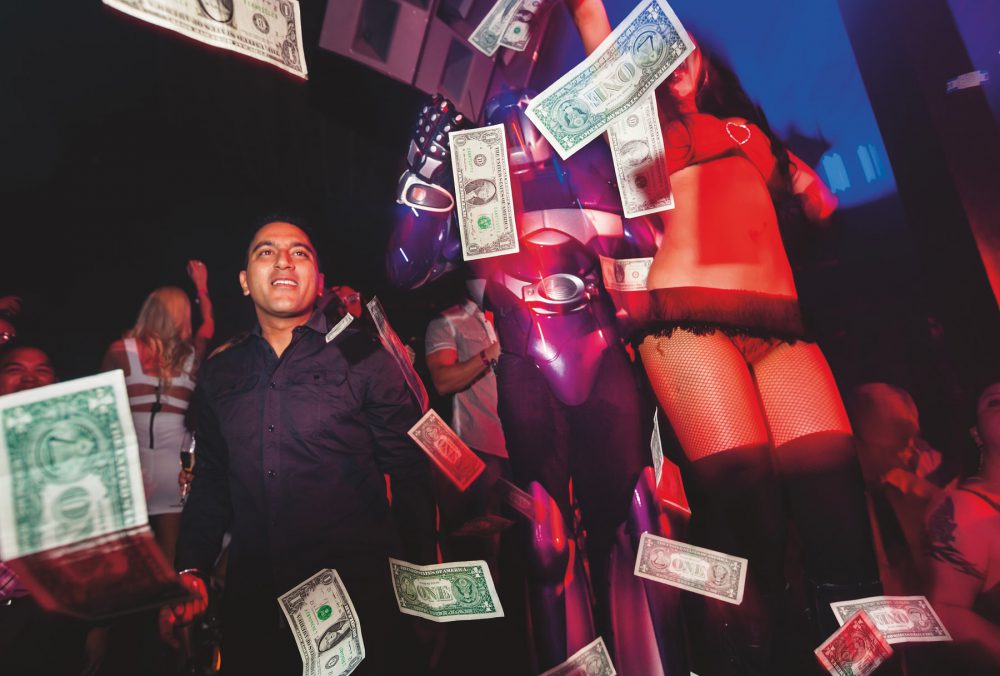 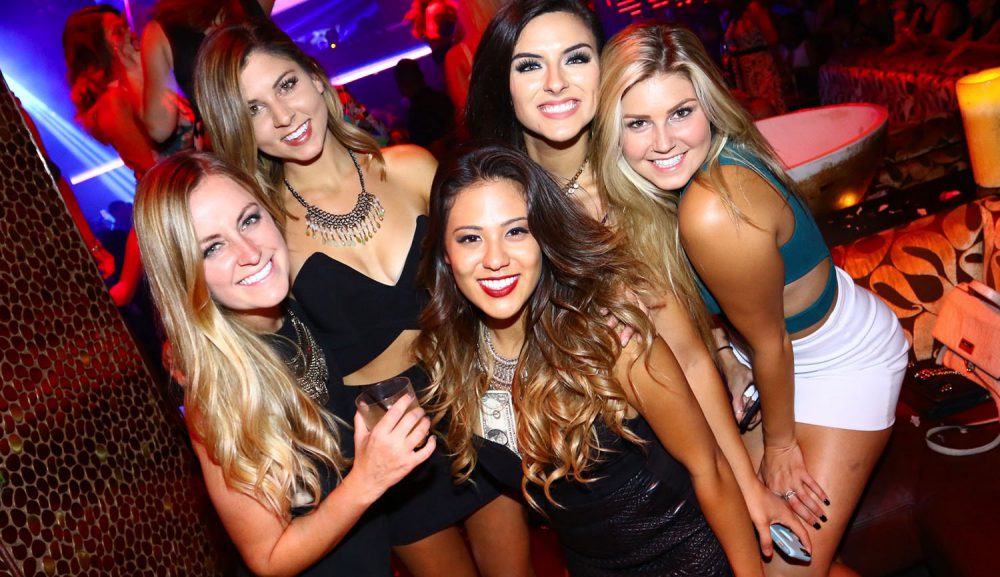 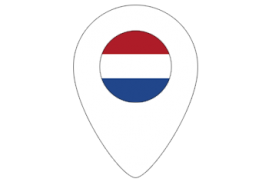 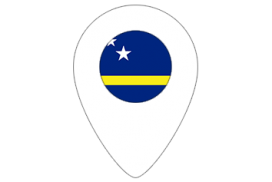 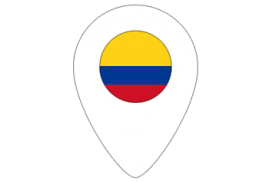 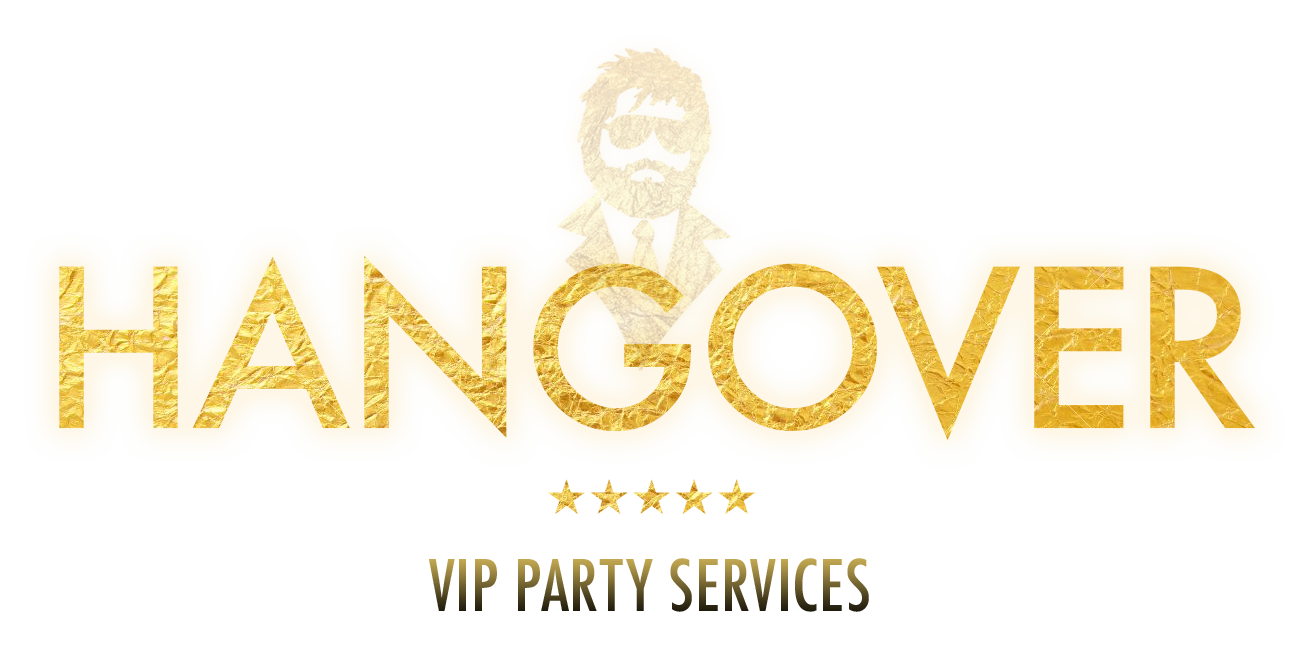 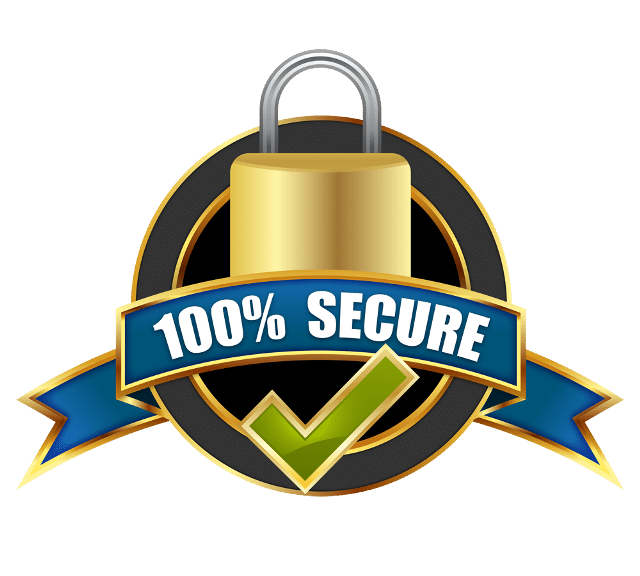